Do NOT Feed The Beast! 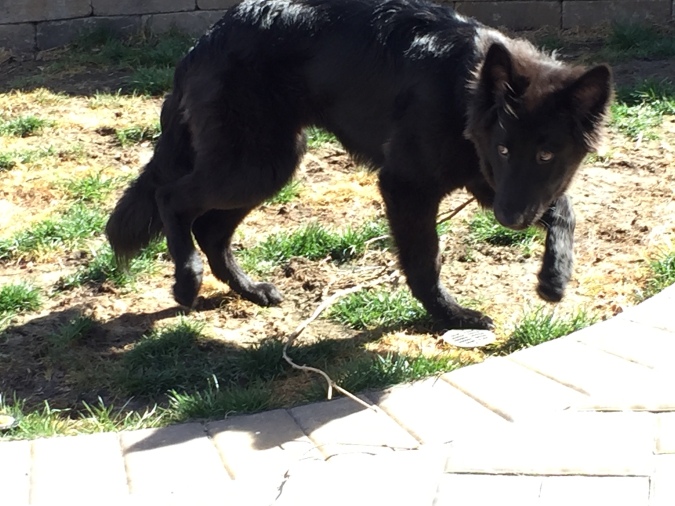 Let me start by asking a question or a few…

How would you react if your dog was startled by some loud noise for example (maybe fireworks on The 4th of July or thunder on a stormy night) and frantically hid between your legs seeking some kind of shelter and relief from his fear?

Would you pet him and tell him “it’s ok” over and over again in a soft tone in an attempt to calm his fears? OR… Would you guide him out from under your legs, not giving him an opportunity to find comfort with you in that manner?

Most people would comfort their dogs, unintentionally nurturing their insecurities.  It is often difficult to think of your dog as a dog. We are people and we know how to communicate as people. If we were dealing with children we would certainly comfort them in a soft tone and reassure them making them feel safe. Humans need that. Dog’s don’t. Dogs have a entirely different way of communicating and when we try to communicate with our dogs the same way we would with another human that is where we run into trouble. It causes gross miscommunication which leads to an array of behavior problems. People comfort people to help ease and even take away doubt, fear, anxiety, insecurities, etc.. Comforting dogs for the same reasons has the opposite effect of what we are trying to achieve. Instead of relieving fear, anxiety, stress, insecurity, etc. we intensify it by helping them to stay stuck in that negative frame of mind.

The kindest things you can do for a dog that is stuck in a negative mindset may seem harsh to us. Do NOT comfort him or reassure him that “it will be ok”. Do not allow him to hide between your legs or jump on you or whine or anything else that displays him in a negative frame of mind. Correct him and do not reward him with affection in a frantic state. A dog that is fearful or insecure or stressed or anxious may not seem (initially) like he has too many problems but if you feed those things it will turn into bigger problems such as reactivity, aggression, guarding, etc… Even though initially they may seem like mild behavior problems any dog displaying any or all of the above is a potentially (if not already) dangerous dog. Don’t feed the beast. You can better love them with leadership and guidance.

There was an error retrieving images from Instagram. An attempt will be remade in a few minutes.